How an Everpure Water System (H300) Can Improve Your Drinking Water

Lead in drinking water is a nationwide consideration that’s made headlines recently, within the last few years. It’s also not the only concern held by people around the country. Given the number of contaminants that could be present in drinking water, it’s unsurprising that homeowners and others around the country are interested in cost-effective ways they can mitigate these risks. 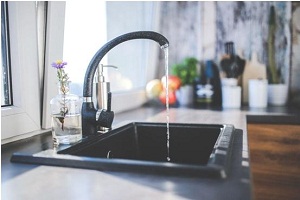 – Chlorine: Chlorine is often added to water in order to control the growth of microbes and viruses. It kills common contaminants such as Escherichia coli and Salmonella in addition to a number of harmful viruses. The CDC suggests that chlorine concentrations of up to 4 parts per million are safe, but some individuals may be more sensitive to chlorine than others and moreover, chlorine imparts tastes and smells to water that some may consider unsavory. An H300 Everpure Water System can remove these.

– Oxidized iron: Oxidized iron in water is colorless, but when the water dries it can leave unsightly stains behind.

– Parasitic cysts: Harmful protist parasites, such as Giardia lamblia, Cryptosporidium parvum, and Entamoeba histolytica form resilient cysts that enable them to survive for long periods of time in nutrient sparse locations. They can also be present in untreated drinking water and are responsible for a number of deleterious diseases, such as Giardiasis or Cryptosporidiosis. An H300 water filter will remove these cysts, preventing them from entering your water supply.

– Certain VOCs: Chlorine, which is often used to treat drinking water, can react with certain dissolved organic matter in water to produce a number of VOCs, or volatile organic compounds, many of which are considered harmful. A class of common VOCs that may be present in drinking water are THMs, or trihalomethanes, which are associated with a wide range of adverse health effects.

– Mold and algae: Mold and algae are sometimes present in residential water and can be removed by a drinking water system, such as one that uses H300 cartridge.

– Lead, last but not least: Lead is the big specter hanging over drinking water since many plumbing fixtures were once made using it. That is, in fact, where plumbing got its name; from Plumbum, the Latin name for lead, a nod to the fact that pipes and water vessels were made from lead before people were aware of its toxicity. Lead causes a wide range of adverse health effects, and it is in homeowners’ best interests to use a water filtration system that can remove it.

Learn More at efilters.net
In addition to managing or removing many of these known harmful components, an Everpure water system, such as one that uses an H300 filter, can help control limescale deposits and can even remove other unpleasant tastes and odors from drinking water.

To learn more about Everpure water systems and the other water filtration systems available, visit efilters at efilters.net or contact their customer service team at info@efilters.net. 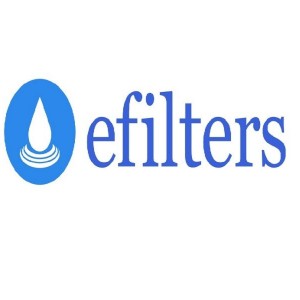 How To Convert M4V To MPG For Mac?

Guidelines to Get the Best College Scholarship