If you’re looking for a new (or used) rifle for sale, don’t just get the first thing you pick up off the rack that appeals to you. For some of us, buying a new (or again, used) rifle is like buying a car.

It is a personal process, a highly involved process. Even if it is less expensive than the purchase of a car, a rifle is more than a piece of equipment. It becomes an extension of the shooter and a highly personal bond develops between a shooter or hunter and the prizes of his gun safe.

If you’re looking for a rifle for sale that carries a lot of historical weight and is still useful today, try for one of these.

Chambered in the powerful, infamous .30-06, the M1903 was carried by U.S. Forces in some capacity or other for over 70 years. While it was largely eclipsed later in its service history by semi-automatic rifles like the M1 Garand, it remained in use as a reliable, bolt action rifle, and occasionally as a sniper rifle, until 1975.

M1 Garand
What’s interesting about the M1 Garand and Springfield M1903 is that they were both built around the same cartridge, the flat-shooting, hard-hitting .30-06 Springfield. The primary difference between the two platforms is that the M1903 was a bolt action rifle while the iconic M1 was a semi auto platform.

The M1 Garand is also famous for the fact that George Patton called it “the greatest battle implement ever devised.” That’s lofty praise, but the M1 was carried widely in the hands of American troops throughout World War 2, to great effect. There are also still a number of programs that host M1-only shoots.

This list has also chosen the 1894 over the 1873 because of one very important detail. When the rifle was developed and then introduced, two cartridges accompanied it. One was the .25-35 Winchester, the other was called .30 WCF, which later became known as the 30-30 Winchester. That makes this the lever-action that “gave” the world the enduring .30-30.

Remington Model 700
By relative comparison, the Remington Model 700 is a newcomer on this list. It was first released in 1962, but it quickly gained notoriety and it is currently one of the best-selling rifles of all time.

Its reliability and solid action have earned it a solid spot in the hearts of sportsmen around the world (particularly in America) and you can still buy one new. Also, since it was developed largely for civilian use (and not for the military) it’s available chambered in a wide range of popular cartridges, including but not limited to .270 Win, .30-06 Springfield, .308 Win, .223 Rem, 6.5 Creedmoor, and .338 Lapua Magnum.

Visit Sarco, Inc.
If you’re looking to pick up one of these iconic rifles or just parts for one, visit Sarco, Inc. at SarcoInc.com. Their online collection of rifles for sale as well as parts for hard-to-find models is without compare, and their firearms expertise is second to none. Check them out online, call them at 610-250-3960, or pay them a visit at 50 Hilton Street in Easton, Pennsylvania. 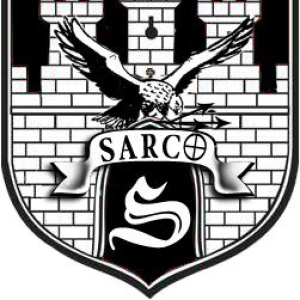 Guidelines to Get the Best College Scholarship

The Key Historical Past Of Sexy