This year has now geared up to be the one for cryptocurrencies, particularly Bitcoin. With a 20 percent growth in the global adoption of Bitcoin, the crypto domain takes a step further towards the economy. Also, several Bitcoin whales are appearing before us. Bitcoin whales are the organizations or personalities who have the maximum share in the Bitcoin market. They could mildly manipulate the prices, although we know Bitcoin and other cryptocurrencies as decentralized assets. The success stories of Bitcoin are pretty exciting. In this article, we will look at the top crypto billionaires that are already the Bitcoin market whales.

So, Who Are The Top Bitcoin Market Whales?

Crypto enthusiasts are aware of the Winklevoss brothers known for the legal dispute with the owner of Facebook, Mark Zuckerberg. The twins have been focusing on the potential of Bitcoin since 2012 when Bitcoin was maturing in the market. They amassed a Bitcoin billionaire fortune worth $6 billion in a short time. Every investor should spend while learning valuable lessons from the Winklevoss brothers who are now running several businesses. One notable exchange founded by them is the Gemini exchange. Gemini exchange deals with Bitcoin, Bitcoin Cash, Ethereum, and the other popular cryptocurrencies.

Matthew Roszak has an early fortune to make the most out of Bitcoin. He is the venture capitalist who took interest in Bitcoin in 2012. Currently, he is a co-founder and chairman of Bloq, a blockchain firm dedicated to decentralized innovation. Matthew Roszak has also made wealth with the previous profitable ICOs of the year 2013. From the beginning, he has supported 20 startups focusing on the field of blockchains and cryptocurrencies. At present, Roszak is supporting hundreds of blockchain startups from all around the world. He has invested about $1 billion in all the startups until now.

Tim Draper is a crypto billionaire who has been active from the time Mt. Gox got hacked. He is also the one who took the opportunity of buying more when Bitcoin fell its prices. When the accounts of Mt. Gox were confiscated and auctioned off, he bought more than 30000 Bitcoins. Although the present worth of Tim Draper is $1.1 billion, the wealth is building further. There are only a few crypto billionaires who have seized such golden crypto-opportunities, and Tim Draper is one of them. Presently, he is investing in many other popular cryptocurrencies available in the market.

The former MD of JP Morgan Chase, Blythe Masters, is also a top crypto billionaire, as well as a Bitcoin whale. At present, Masters has an industrial association with Motive Partners. Motive Partners is a blockchain firm that focuses on the development and improvement of secured encryption algorithms. On the other hand, JP Morgan Chase is examining its own blockchain for quick transaction settlements. Masters has earlier worked for Digital Asset Holdings that also speeds up the settlement process through blockchain. Ultimately, the career of Masters has always been bright. Anyone interested in the crypto world should learn from her.

Top Organizations In The Bitcoin Market

Almost every top organization in the Bitcoin market is a Bitcoin exchange platform. Coinbase is the biggest player, having a transparent pricing system for traders and investors approaching it. The exchange is active not only with Bitcoin but also with altcoins. In many cases, it has bypassed hundreds of controversies. Besides Coinbase, another exchange platform is Binance. Binance is slightly below Coinbase because it focuses more on altcoins. That is the reason why we see huge volumes associated with the top 150+ cryptocurrencies. Kraken and Bitsq are also doing well in the Bitcoin market. Still, they need time to improve further.

Some companies are dealing with Bitcoin stocks in today’s time. They are centring on combining the largest cryptocurrency with public funds from other traditional markets. For example, Coinbase Global, an extension from Coinbase, is offering both Bitcoin and Ethereum stocks. PayPal Holdings and Square have proven to be a natural fit to NASDAQ: PYPL and NYSE: SQ respectively. These two companies are especially helping crypto entrepreneurs to boost their growth with Bitcoin. The future of all these top giant players is bright. Obviously, the crypto world is dominating many things that seemed to be unreal before.

If you want to stay updated with such companies, you can look for the latest crypto news. All the Bitcoin market whales are the top organizations or investors in Bitcoin. Every cryptocurrency contributes to the pure-play of decentralized finance. And no one can ignore that fact. Still, cryptos are not in the mainstream. The crypto world faces issues from time to time. Governments fear that cryptocurrencies would take over the economy while replacing fiats on their way. Whatever governments think and do, cryptocurrencies are making progress. To trade with cryptocurrencies, make payments and buy them. You are going to benefit in the future. 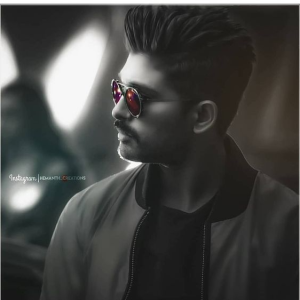