Skip to content
Home » Want to buy a Pulsar Bike? Know how many colors Available in Pulsar 150?

Want to buy a Pulsar Bike? Know how many colors Available in Pulsar 150?

Bajaj Pulsar is the best option for a commuter bike that performs well, looks macho and doesn’t cost the moon when owning one. It is also offered in a plethora of attractive colours by Bajaj.

Pulsar 150 is the longest selling bike from Bajaj.

Since it was introduced in the Indian market, it has always been a rugged motorcycle that performed well. On top of that, since it is manufactured by a home brand, the after-sales support for the bike is impressive as well.

Powerful Engine for your comfort

The 150 CC version of the Pulsar always came up first in the queue of experts who compare 150 CC bikes available in India. The reason is simple – the 150 CC motor of the bike is one of the most impressive engines ever conceived by Bajaj engineers.

The engine is not only known for its impressive performance but also for its reliability as well as fuel efficiency. On several occasions, the Bajaj Pulsar 150 cc is often compared to workhorses of the past decades in the Indian motorcycle history that can remain operational for decades and that too with minimal upkeep.

Another aspect that the 150 CC Pulsar offers to its owners is the absence of excessive onboard electronics. Sure the Pulsar received plenty of technological upgrades over the years but still when one buys a 150 CC Pulsar today, they will never have a hard time with the bike, even in the toughest terrains, thanks to the absence of excess sensitive electronic equipment.

Bajaj bikes have always had a reputation of keeping their owners from burning a hole into their pockets by remaining operational for decades. This trait is also applicable on the 150 CC Pulsar as all of its parts are known to deliver impeccable durability. On top of this, even if a Pulsar had to take a trip to the nearest Bajaj authorised service centre, the after-sales support, parts availability, and impressive network of the OEM helps Pulsar owners to keep ownership costs to a bare minimum.

Another aspect that allowed the 150 CC Pulsar to remain the undefeated contender in the Indian motorcycle sector in terms of sales and overall popularity is the aggressive price Bajaj has set for this product. Owners have time and again remarked that the 150 CC variant of the fabled Bajaj Pulsar offers more value for every INR spent.

Staggering Looks to amp Your style

Next up, are the overall looks, stance and styling of the bike. Since its introduction in the Indian market, Pulsar has appealed to riders of all ages and genders. The reason is simple – it was the first bike from the Indian bike brand that looked ‘Definitely Male’. Although the present generation of the Pulsar, in all of its avatars or rather variants, is appealing, according to hardcore fans, the one that introduced the Pulsar brand decades ago was a turning point for Bajaj. This is the reason why Bajaj engineers and designers tried to keep the core look, stance, and styling of the bike intact even in 2021 in a bid to appease loyal customers, all the while enticing new-age riders from every corner of India!

The 150 CC Pulsar is one of the most fuel-efficient bikes, as mentioned earlier and the reason is the countless electromechanical upgrades its DTS – i engine has received over the years. Paired with an upgraded ECU, the bike is now capable of returning an impressive real-world mileage excess of 60 KMPL – a necessity in the present scenario when the fuel of petrol has crossed the psychological barrier of INR 100 in all metro cities across India.

In terms of performance and handling, the present generation of the 150 CC Pulsar has a balanced center of gravity, an impressive stance, unmistakable street presence and riding as well as handling capabilities. On top of this, the bike’s engine is mated to a fly-by-wire throttle that delivers the full capabilities of the bike’s engine to the rider from the moment he or she twists the throttle. Match this with wide tires, a strong but lightweight frame, refined electromechanical aspects and ergonomics; one can see why the Pulsar is a winner from all angles!

The Bajaj bikes price list has been recently revised and for a good reason. The two-wheeler giant now offers its best selling bike, the 150 CC Pulsar in unique colours and they are as follows –

So, if you are already feeling the urge to own this magnificent beast of a bike that is easy on the eyes as well as your pocket then get in touch with a revered two-wheeler finance service provider today! 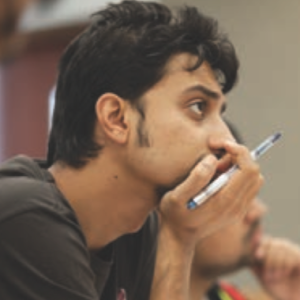